I snarled and came forward, blades cutting half circles in the air, hoping to daze or disorient him. His expression hardly changed, and with fast movements of his elbow and forearm he met my attack easily. He was concentrating on my left hand, the hand that held the sword, and before I even realized he was doing it, my cutlass went spinning from my bloody fingers to the dirt.

My hidden blade was all I had left now. He concentrated on it, knowing it was new to me. Behind him more guards had gathered in the courtyard, and though I couldn’t understand what they were saying, it was obvious: I was no match for El Tiburon; my end was but a heartbeat away. 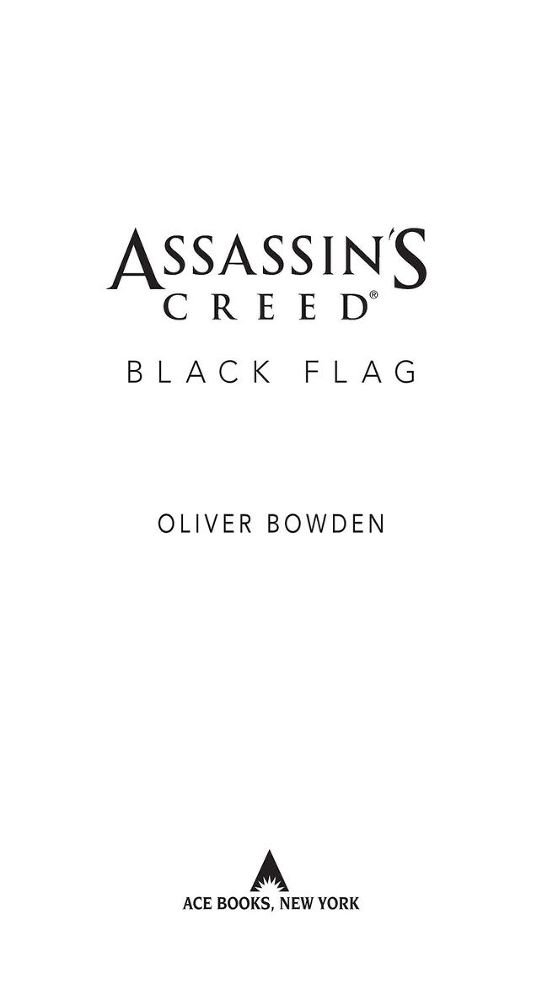 Published by the Penguin Group

An Ace Book / published by arrangement with Penguin Books, Ltd.

The moral right of the author has been asserted.

Penguin supports copyright. Copyright fuels creativity, encourages diverse voices, promotes free speech, and creates a vibrant culture. Thank you for buying an authorized edition of this book and for complying with copyright laws by not reproducing, scanning, or distributing any part of it in any form without permission. You are supporting writers and allowing Penguin to continue to publish books for every reader.

Ace Books are published by The Berkley Publishing Group.

ACE and the “A” design are trademarks of Penguin Group (USA) LLC.

This is a work of fiction. Names, characters, places, and incidents either are the product of the author’s imagination or are used fictitiously, and any resemblance to actual persons, living or dead, business establishments, events, or locales is entirely coincidental.

I cut off a man’s nose once.

I don’t recall exactly when it was: 1719 or thereabouts. Nor where. But it happened during a raid on a Spanish brig. We wanted her supplies, of course. I pride myself on keeping the Jackdaw well stocked. But there was something else on board too. Something we didn’t have but needed. Someone, to be precise. A ship’s cook.

Our own ship’s cook and his mate were both dead. The cook’s mate had been caught pissing in the ballast, which I didn’t allow and so punished him the traditional way, by making him drink a mug of the crew’s piss. I must admit, I’ve never had it happen before where the mug of punishment piss actually killed the man, but that’s what happened with the cook’s mate. He drank the mug of piss, went to sleep that night and never got up. Cook was all right by himself for a time, but he did like a nip of rum, and after a nip of rum was apt to take the night air on the poop-deck. I’d hear him clomping about on the roof of my cabin, dancing a jig. Until one night I heard him clomping about on the roof of my cabin and dancing a jig—followed by a scream and a splash.

The bell rang and the crew rushed to the deck, where we dropped anchor and lit lanterns and torches, but of Cook there was no sign.

They had lads working with them, of course, but they were just boys; none of them knew how to do anything more culinary-minded than stir the pot or peel some spuds, and we’d been living on raw grub ever since. Not a man among us knew how to do so much as boil a pot of water.

Now, not long back we’d taken a man-o’-war. A tasty little excursion from which we’d bagged ourselves a brand-spanking-new broadside battery and a holdful of artillery: cutlasses, pikes, muskets, pistols, powder and shot. From one of the captured crew, who then became one of my crew, I’d learnt that the Dons had a particular supply ship on which served an especially adept cook. Word was that he’d cooked at court but offended the queen and been banished. I didn’t believe a word of that but it didn’t stop me repeating it, telling the crew we’d have him preparing our meals before the week was out. Sure enough we made it our business to hunt down this particular brig, and when we found it, lost no time in attacking it.

Our new broadside battery came in handy. We drew up alongside and peppered the brig with shot till she broke, the canvas in tatters and the helm splintered in the water.